In a matter of days, Dex has been kidnapped, tortured, killed, revived, become half-Therian, offered the chance to become a spy, and accepted a proposal to marry his jaguar Therian boyfriend, Sloane Brodie. It’s been a lot to take in, and although Dex is still trying to wrap his head around everything that’s happened, he knows he has to move forward. After the events of Smoke & Mirrors, Dex and Sloane find themselves in one of the most frightening situations of all: revealing the truth to their Destructive Delta family. When the dust settles, nothing will ever be the same, and it’s up to Dex to prove that in the face of change, the one thing that will always remain the same is family.

Hadn’t he been here before?

Dex leaned against the bathroom counter, studying himself in the mirror. It seemed like a lifetime ago that he’d stood in a bathroom not dissimilar to this one, staring at his reflection, wondering how his life had taken such a turn. So much had happened since then. A lot of bad, but a hell of a lot of good too. Much like that day at the courthouse, he now faced an uncertain future. The last few weeks had gone by in a blur—a whirlwind of chaos, heartache, and pain—like he’d been swept up in a tornado of what-the-fuckery only to be spit out abruptly into an alternate universe. His existence was sharper. Images, colors, sounds, and sensations were brighter, louder, more profound.

On the outside, he looked like any other Human. His eyes were still blue, the same pale shade they’d always been. On the inside, however, he was anything but Human. He stared down at his hands, the same hands he’d used to kill Moros. Actually they weren’t. He sucked in a sharp breath at the pain of unsheathing his claws. Fuck. He had claws. Jaguar Therian claws, to be exact, and they were razor-sharp, capable of shredding through Human flesh with ease.

It had been days since his transformation. Since he’d…… 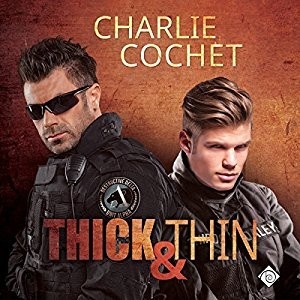 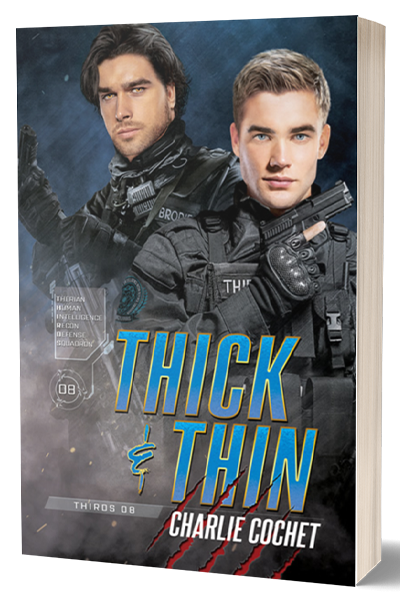