“ARE YOU determined to ruin the name of this family beyond repair?”

Jack remained stoically in the center of the small, empty ballroom as his father paced slowly from one side to the other, the train of his fur-lined blue-and-silver paisley robe polishing the already gleaming marble floor. Jack’s uncle and twin cousins stood to one side, pretending for all the world they couldn’t hear Jack being reprimanded like some fledgling elf. A faint rendition of “God Rest Ye Merry Gentlemen” floated in through the closed doors from the main ballroom. Now there was a thought. Rest. As in, he wished his father would give it a rest.

“It’s a party, father. Society dictates I should bring a guest, and I have.”

“I wasn’t about to bring anyone else. For Kringle’s sake, am I no longer allowed to have any fun… 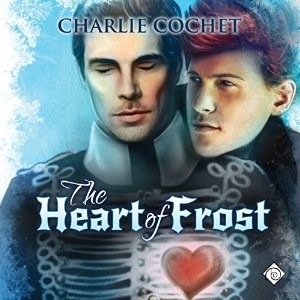