Dex took his partner’s tech vest from him and handed it to his brother in the BearCat. “You think?” He peered out one of the BearCat’s ballistic windows but couldn’t see jack this time of night, especially since their little friend was well camouflaged among the Central Park greenery. It didn’t help that Hobbs had somehow managed to park their black tactical vehicle in a thicket of trees shrouded in enough darkness to make Dex feel as if a black hole had sucked him up. He had to give his Therian teammate credit. Hobbs could park the BearCat up a freakin’ flagpole if he had to. Maybe being a huge-ass Therian made it easy for him to maneuver huge-ass vehicles. Parks and Recreation was going to be so pissed if they found out they’d been driving off the roads.

“He always runs.” Sloane removed his thigh rig next and handed it over. Dex promptly passed it off to Cael. His brother huffed but took it without question, undoubtedly knowing Dex was doing it to annoy him. Ah, the perks of working with family. Rosa sat on the bench, looking on in amusement and checking her Postshift Trauma Care (PSTC) kit, while Hobbs sat in the driver’s seat inside the front cabin bugging his spiky blond-haired partner. Calvin was in the…

This is the second edition of Rack & Ruin. First edition published 2014. 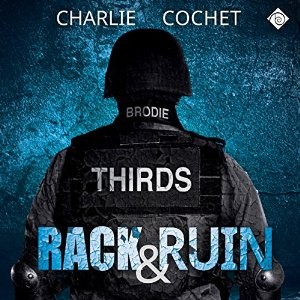 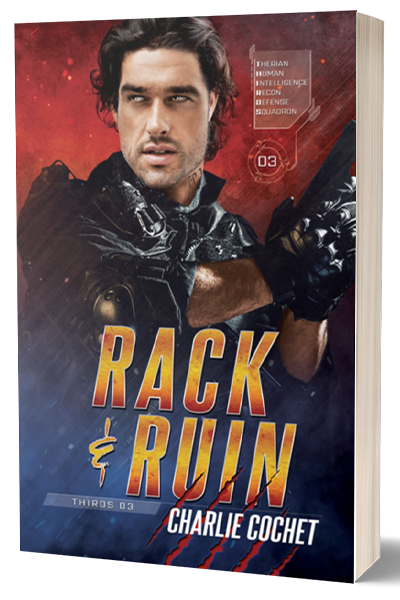