No matter how many times he walked across St. James’s Park, he still couldn’t believe he was interning at the Photonic Royal Society in New London.

Early in the twenty-first century when the great nations of the world collapsed under the weight of their governments’ greed and economic failings, desperation turned them to the greatest scientific minds of their time. A mass release of both tested and untested technologies was ejected into a world already struggling to keep up with its accelerated pace, and the result was the Photonic Revolution—an oversaturation of biotechnology, nanoelectronics, and ever-growing personal interfaces.

And this was where it all started.

The sleek two-hundred-floor skyscraper of glass and nanoalloy was a testament to a world better united through science and human advancement. On the top floor, Project Mars was undergoing its final tests.

Entering the building through the holographic security doors, Kelly cheerfully waved a greeting to a host of security agents and reception personnel. He made his way to the restricted-access elevator at the end of the expansive marble hall and pressed his hand against the glass panel, his lips spreading into a silly grin when the glass doors slid open. Once inside the elevator, he pressed his hand against yet another reader and stood exceptionally still as the holographic security panel scanned his retina and asked for voice identification, which he promptly gave.

Every morning for the past year he’d stepped into this elevator, and he got a kick out of it each time without fail. The thought alone of where it was taking him had him so excited he didn’t even need coffee to keep him wired. Not that he’d given it up. He wasn’t completely crazy.

Thanks to his hard work, he’d been one of the few foreign interns to become part of Project Mars, a top-secret project. He was like a kid who’d been invited to play with all the shiny new toys in the toy store and get paid ridiculous amounts of credit for it. It was a shame he couldn’t tell anyone about it. Not that he had all that many people to tell. A year living in New London, and his closest acquaintances were the nanobots he spliced and diced on a daily basis and his lab partner. At some point he should really consider taking the time to make some friends.

After reaching the Biotech and Biomechanics Research Wing at the front of the two hundredth floor, he headed straight for the interns’ and assistants’ locker room. One day soon he’d be putting away his bag in his very own lab. He was hanging up his suit jacket when he heard it.

The cheerful squeal made him smile, and he turned in time to get poked in the belly by Pepper.

“Someone’s happy this morning,” he said with a laugh, giving the petite blonde’s hand a playful smack away from him. Pepper started working on Project Mars two years before Kelly joined the team, and then Kelly had been partnered with her for initial training. They’d quickly become close after she covered for him on his first day when he’d been so nervous he’d caused one of his experiments to spontaneously combust. Quite a feat even for him, considering there had been no combustible substances in it. He was still trying to figure that one out.

“So what’s got you so excited?” Kelly asked, slipping into his lab coat. He tapped at his breast pocket, turning on his holographic ID.

Her big blue eyes shone with excitement. “After all our hard work, we’re finally going to see the end results.” She clapped her hands gleefully and followed him out into the hall toward the lab headed by Dr. Lucius Bryant, the lead scientist for the Biotech and Biomechanics Research Wing .

Kelly wanted to believe Pepper, but the fact remained that as an intern—even one already guaranteed a position—he wasn’t privy to the kind of information Lucius or even Pepper was privy to. Kelly had worked his way up from performing countless inventory checks to researching anomalies, administering microinjections, and taking charge of several other important duties. Each had been assigned without so much as a hint to its purpose, only that it was directly related to Project Mars. Granted, the project was top secret, but Kelly hadn’t expected it to be so secret even he wouldn’t be told about it.

At the end of the hall was a steel door, and somewhere beyond that door was the Biotech Wing, where Project Mars was located. Every day a good deal of commotion and chaos seemed to emanate from behind that door, with it sliding open only for the briefest of moments. Today, as Kelly took a seat at his workstation and tapped on the glass surface to wake up his interface, it appeared things were no different.

A thunderous boom nearly caused him to jump out of his skin. His head shot up in time to watch a chair soar past the lab and down the hall, where it inevitably ended its journey by smashing into something expensive. This was the third time in four days. One would think they’d stop replacing whatever had been fated to relive a constant state of destruction.

Just as the chair left the wing in a hurry, so did two security agents. They landed in front of the lab and managed to gain control over their limbs long enough to scramble to their feet and limp quickly away. No matter how many times Kelly witnessed it, his jaw still became unhinged. He swiveled in his chair, further unsettled by the fact that, yet again, no one in the lab seemed to have noticed. Lucius tapped away at the glowing holographic information before him, preoccupied with an inventory check of that morning’s delivery. The man paused long enough to nudge his silver-rimmed spectacles up his nose.

Kelly gaped at him. “Did you see that?”

“How many times have I warned those lads?” Lucius glanced over the rim of his glasses at Pepper. “How many?”

“This week?” She placed a dainty finger to her rose-colored lips, her T-bar shoes tapping thoughtfully against her chair. “This would make one hundred and thirty-nine.”

“So we’re just ignoring it. Again.” No reply tended to mean Kelly had either asked a stupid question that didn’t warrant Lucius’s waste of breath, or it was yet another piece of information Kelly didn’t need to know. Dr. Lucius Bryant was in his late forties, possessing unruly brown hair interspersed with gray, a permanent five-o’clock shadow, and an impressive deadpan expression. Everything he said was in the same tone. Most of the time it wasn’t until Lucius was near the end of his reply that Kelly realized the man was being sarcastic.

Kelly donned his best English accent in an attempt to mimic Lucius’s posh tone. “It’s perfectly all right, Kelly.” He patted his own shoulder in assurance. “Nothing to worry yourself over. Just another day at the lab.” Kelly turned back to his station, ignoring Pepper’s amused chuckle and Lucius rolling his eyes at him.

“Have you finished that report? Dr. Skye’s expecting it to be done by this afternoon.”

Kelly swiveled in his chair to face Lucius. “Yeah, about that. I recorded all my findings, but I’m concerned by the anomalies I discovered in the nanocells under section MNB-Scan2308. If I could have a day to work through them, I—”

“No.” Lucius raised his head, his disapproving frown once again dashing Kelly’s enthusiasm at the chance of getting to dig deeper into the research and the strange surge of recent anomalies. “Your job is to report your findings, not analyze them.”

“Unless you want to go back to inventory checks, you’ll submit your report and move on to your next assignment.”

Kelly bit his tongue. Why was it every time he had the chance to do something important, Lucius pulled the rug out from under him? Lucius was Kelly’s mentor. Shouldn’t he be mentoring?

Reluctantly, Kelly gave Lucius a nod and resumed his work. Another long afternoon of mindless data transfer. This sucked. He was part of the Photonic Royal Society. The most prestigious and exhilarating place for a scientist to be. Why was Lucius treating him like he didn’t know his ass from his elbow?

“I know you think I’m being an unreasonable arse, but….” Lucius came to stand beside Kelly, his troubled expression unexpected. “Trust me. It’s for your protection.”

Before Kelly could ask what he meant, Lucius walked out of the lab.

“Don’t take it personally,” Pepper said with a sympathetic smile. “Lucius has his reasons for everything he does.”

“For my protection? Protection from what? Advancing my career? Securing my new position as an esteemed scientist and upcoming talent rather than a nameless drone destined to remain at the bottom of the food chain for the rest of my career?” Kelly pressed his lips together before he said anything he’d regret. “Six months ago, he was teaching me how to look beyond what was in front of me, to dissect and deconstruct information, and now that I am, he’s shutting me out. I just don’t get it.” He leaned into Pepper, his voice quiet. “You’re his assistant. Have I done something to piss him off? Did I do something wrong?”

“He hasn’t mentioned anything.” She worried her bottom lip with her teeth. “To be honest, he hasn’t brought you up at all.”

“Is that a good thing or a bad thing?” Kelly couldn’t tell anymore. Then again, Lucius was a tough guy to read at the best of times. It was still beyond Kelly’s capabilities to know whether the man was being serious or not.

Pepper’s smile was apologetic. “I wish I could help.”

“Thanks anyway.” A thought occurred to him. “Today’s Thursday. Lucius works late in his office on Thursdays, right?”

“Yes.” Pepper’s eyes widened. “Whatever you’re thinking, don’t. Lucius will have your security clearance if you disturb him. Thursday evenings are incredibly critical for him, and whatever he’s working on is exceptionally confidential.”

Kelly didn’t want to worry Pepper, though she didn’t look all that convinced by his reply. Regardless, she went back to her station.

Kelly had no intention of disturbing Lucius’s important work tonight. He’d try and catch Lucius before he locked himself in his office and ask him a couple of questions. Just a few minutes of the man’s time. Nothing more. It’d be fine. 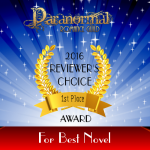