Austen Payne, THIRDS Squadron Specialist Agent (SSA) for Destructive Delta and TIN operative, has seen the worst the world has to offer, faced lethal killers, and helped bring down dangerous organizations. But nothing terrifies him more than falling in love. After years of undercover work, Austen is a master at defending himself and protecting his heart… until he meets Osmond Zachary.

THIRDS Defense Agent Osmond Zachary has a huge, doting family, yet something is missing in his life. After meeting grumpy, foul-mouthed, jittery cheetah Therian Austen Payne, Zach knows exactly what that something—or someone—is. Unfortunately Austen seems determined to avoid Zach at all costs.

When Zach foils an assassination attempt, he ends up in the killer’s crosshairs, and Austen is Zach’s best chance at staying alive. Zach hopes the crisis will bring them closer, but Austen has every intention of walking away as soon as the danger is over.

Happily ever after isn’t for guys like Austen, but Zach is determined to show him it can be….

“THIS IS not gonna be pleasant, but you’ve all worn the uniform long enough to know what we do rarely is.”

Team Leader Colin Zachary faced the row of THIRDS Defense agents from Alpha Sleuth, which Osmond Zachary was a member of. It was tough having six older brothers who worked for the THIRDS, all as Defense agents. It was tougher when one of them was your Team Leader. Colin was a no-nonsense kind of guy who could scare the shit out of someone just by looking at them. Bear Therians were frightening in size and were often written off as brainless, muscle-bound thugs. Like the rest of his brothers, Colin might be a brick wall of a guy, with a head hard enough to match, but he was quick, sharp, and smart. He was taller than Zach’s seven foot four and had twenty pounds on Zach’s… 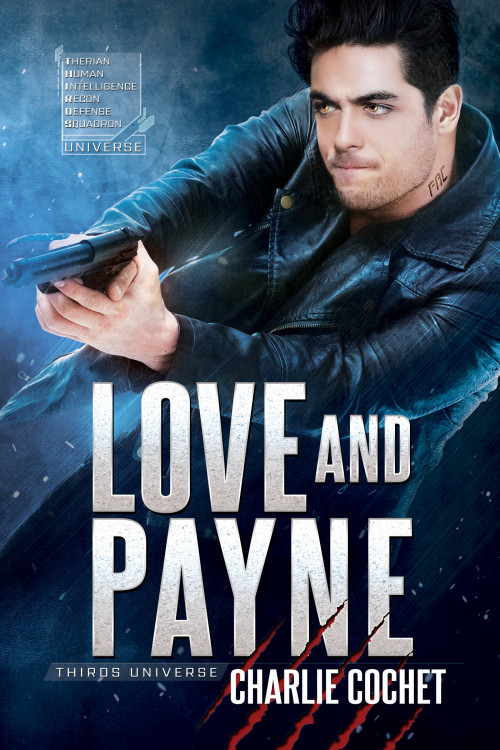