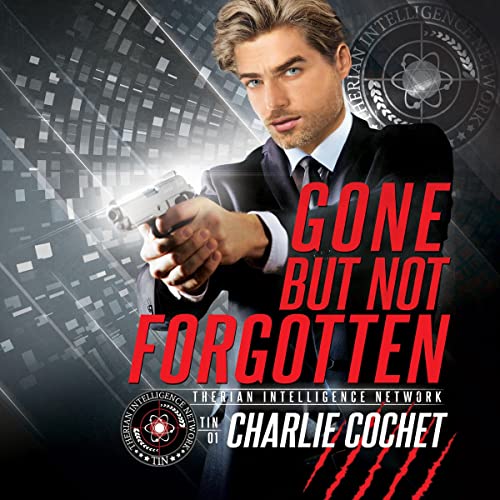 Gone but Not Forgotten

Former THIRDS agent turned TIN operative Dexter J. Daley is a legend. Just ask him, he’ll tell you. Chaos isn’t so much a codename as it is Dex’s state of being. As a spy for the Therian Intelligence Network, Dex has spent the last four years bringing down the bad guys. Hell, his middle name is literally Justice. But a new mission brings him face-to-face with a different kind of monster, one with a weapon that can alter the course of history. Failure is not an option, but as the mission goes from dangerous to deadly, Dex finds himself up against a far more terrifying force, and this time, there’s no escape.

As former team leader for Destructive Delta and now a TIN operative, Sloane Daley knows what it feels like to carry the weight of the world on his shoulders. But no matter the challenge, Sloane knows that together, he and his husband, Dex, can overcome anything. When their latest mission takes a personal turn, Sloane is forced to confront the very thing that created him. Looking back to a past he thought he’d left behind is the least of Sloane’s problems, because the greatest threat he’s about to encounter…is his own husband.