Ex-Special Forces soldier Anston “Ace” Sharpe is fighting a different battle these days—one involving the world of private security across the state of Florida. As part owner of Four Kings Security, Ace and his fellow Kings tackle everything from cyber intelligence to executive protection. Cocky, fearless, and brash, Ace isn’t afraid to take risks.

Sparks fly the moment Ace meets Colton Connolly, but getting involved with a client, even one as fiery and beautiful as Colton, is a line Ace is unwilling to cross. As the Florida nights heat up, so does their passion, and Ace and Colton are faced with a difficult choice—take the plunge and risk it all, or play it safe and walk away?


BE STILL MY HEART

Former Special Forces medical sergeant Russell “Red” McKinley knows a thing or two about wounds, like the fact some can take a lifetime to heal, if they heal at all. The scars Red carries run deep, and living with PTSD often means battling the memories of his past. Injuries he received while working an executive protection case with fellow Kings and co-owners of Four Kings Security, have once again forced past heartaches to the surface, but Red is determined not to let it derail his blossoming romance with sweet and beautiful fashion photographer Lazarus Galanos.

When an attempt is made on Laz’s life, Red is determined to keep him safe. Can Red and Laz find a way to help each other heal and take a chance on love, or will their fears and insecurities cost them more than their future together?

Eduardo “Lucky” Morales is a fighter, from his childhood days in Cuba to his time as a Special Forces Green Beret. Scarred by the wars of his past, Lucky has learned nothing lasts forever. Guarding his heart is second nature, and getting emotionally involved is not an option. As co-owner of Four Kings Security, Lucky works hard alongside his former brothers-in-arms and fellow Kings, but he also plays hard. Flirting with sexy Texas cowboy and detective, Mason Cooper, is too much fun to resist, until Mason turns the tables on him.

Determined to keep Mason at arms’ length, Lucky is surprised to find the man at Four Kings Security. The Florida nights might be getting cooler, but the heat between Lucky and Mason burns hotter with every passing moment. Working private security can be dangerous and unpredictable, but so can falling in love.


DIAMOND IN THE ROUGH

For Ward “King” Kingston the role of protector, forged by fire and tragedy, is one he takes seriously. When King is asked to safeguard the son of a four-star general and friend, he is pulled back into the world of government black ops on a mission that raises painful memories from his past. The moment King meets Leo, amid the chaos of a lockdown at a secret black site, it’s clear he’s never faced a challenge like this—one that will test his unwavering sense of control.

King and Leo couldn’t be more different, yet as they navigate the dangers of a secret multi-agency operation and face unknown threats, their differences could be what saves them. Neither man believes a happily ever after is in the cards, but their hearts might just prove them wrong… if they can survive a deadly betrayal. 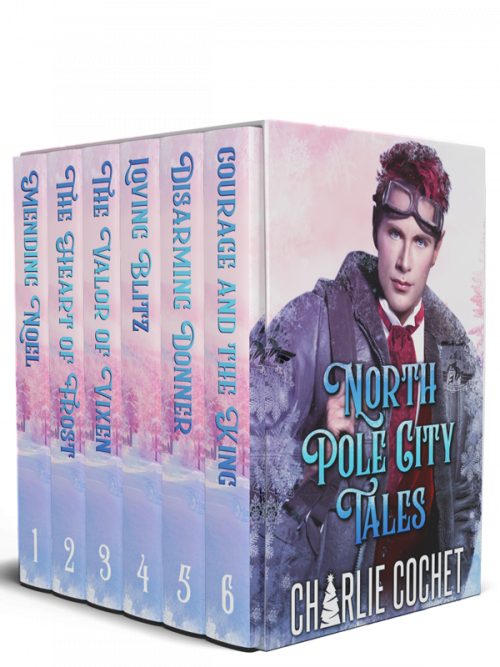