THIRDS Team Leader Sebastian Hobbs and Chief Medical Examiner Hudson Colbourn are as much in love now as they were nearly seven years ago when a tragic event on the job destroyed their relationship. The two drift together only to be pulled apart time and time again. When Hudson draws the interest of dangerous enemies, both within and outside the organization, Seb wants nothing more than to protect the man who still means everything to him.

As life-and-death events, an uncertain future, and startling truths draw Hudson and Seb to each other yet again, they must make a choice: trust their love and take strength from what they share, or lose what matters most… for good this time.

“SPREAD OUT, and watch your backs.”

Seb motioned for his partner, Dom, to follow him as the rest of Theta Destructive split off into pairs, with Peyton, Brianna, Lee, and Zoey in their Therian forms. They spread out through the trees, and Seb was grateful for the sunny day despite the biting chill in the air. In a couple of days, March would give way to April, which accounted for the temperature rising from polar ice caps to just above meat locker. In Seb’s opinion, spring couldn’t come quickly enough. Winter wreaked havoc on his joints, especially his bad knee.

“What did you get your boy for his birthday?” Dom asked from behind his raised tranq rifle as he scanned the woods around them.

“I still have two weeks.” Seb held his rifle at the ready as they approached the pagoda where the four tiger Therians had last been spotted. “Sort of. I’ll find something this weekend.”

They were getting closer. Seb could feel it. They needed to round up these assholes before anyone else got hurt, especially since the perps were running out of places to hide. THIRDS agents managed to shrink the original perimeter around Prospect Park down to the boathouse, the pagoda, and Binnen Bridge. Cornering Felid Therians never went well.

“You’re the only guy I know who buys…

This is the second edition of Darkest Hour Before Dawn. The first edition was published in 2017. 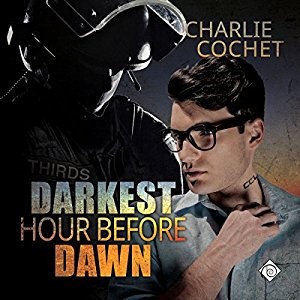 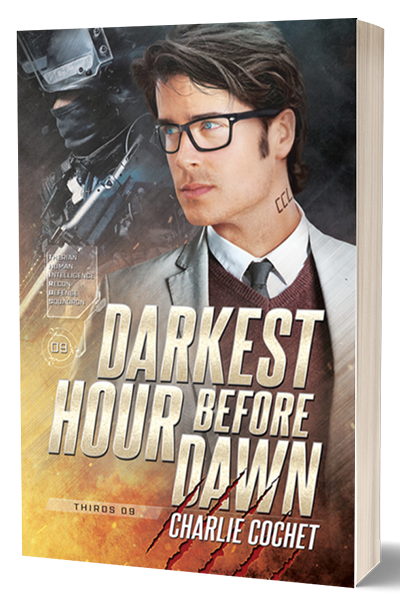