Take a cauldron full of magic, add a pinch of humor, a dash of snark and a huge dollop of m/m goodness, and what do you get? Charmed and Dangerous: Ten Tales of Gay Paranormal Romance and Urban Fantasy. This all-new collection is packed with arcane action and intrigue, and every story will whisk you away to a fantastical world where the hero finds his prince and the paranormal investigator always gets his man.

Rhys Ford – Dim Sum Asylum
For Detective Roku MacCormick, working Arcane Crimes is his passion. Now cleared of any wrongdoing for shooting his last partner, MacCormick is given back his badge… as well as a new case and partner. Trent Leonard isn’t exactly what he’d expected, but then nothing in San Francisco’s Chinatown ever is.

Ginn Hale – Swift and the Black Dog
When Jack Swift killed a tyrant and won the revolution he became a national hero. But someone in the new government prefers dead heroes to living, swearing, cynical wizards. Caught between bullets, revenge and desire, Jack had better be swift indeed.

KJ Charles – A Queer Trade
Apprentice magician Crispin Tredarloe returns to London to find his master dead, and his papers sold. Papers with secrets that could spell death. Waste paper seller Ned Hall can’t resist Crispin’s pleading—and appealing—looks. But can the wasteman and the magician prevent a disaster and save Crispin’s skin?

Jordan Castillo Price – Everyone’s Afraid of Clowns
Psychic medium Victor Bayne can spot a ghost any day of the year, but Halloween holds some special surprises. His psych-groupie boyfriend Jacob coaxes him to the location of an old spirit sighting, but they can’t ghosthunt without enduring a cheesy “haunted house” that’s even more disturbing than they realize.

Jordan L. Hawk – The Thirteenth Hex
Hexman Dominic Kopecky doesn’t understand why dashing crow familiar Rook wants his help investigating murder by patent hex. For one thing, Dominic isn’t a witch. For another, the case is already closed—and someone is willing to kill to keep it that way.

Charlie Cochet – The Soldati Prince
Riley Murrough goes from serving lattes to being chased by demons. If that wasn’t bad enough, he bears the mark of a shapeshifter king from a magical realm. Riley’s determined to get answers, but if the demons out for his blood don’t kill him, the urge to strangle the arrogant king might.

Lou Harper – One Hex Too Many
Veteran detective Mike Mulligan is an expert on violent crimes—of the occult variety. He might even be cursed. Detective Hugh Fox is eager to partner up and prove himself, but Mulligan is accustomed to flying solo. Can they trust each other enough to track a killer who’ll stop at nothing, not even summoning a demon?

Astrid Amara – The Trouble With Hexes
P.I. Tim Keller has a problem. And the only person who can solve it is his ex-boyfriend, Vincent, whose job as a hexbreaker was the reason they broke up. It’s hard admitting he was wrong, especially when coughing up organs. But there’s a missing person to find, a hexmaker to hunt down, and a romance to repair before Tim breathes his last.

Author Bios
Astrid Amara
Astrid Amara lives in Bellingham, Washington. She’s a former Peace Corps Volunteer, an advocate for animal rights, and a bureaucrat by day. After work she can usually be found writing, riding horses, hiking, or else sleeping. Her novel The Archer’s Heart was a finalist for the 2008 Lambda Literary Award. www.astridamara.com

KJCharles
KJ Charles is a writer and freelance editor. She lives in London with her husband, two kids, an out-of-control garden and an increasingly murderous cat.

KJ writes mostly romance, gay and straight, frequently historical, and usually with some fantasy or horror in there. She specialises in editing romance, especially historical and fantasy, and also edits children’s fiction.
www.kjcharleswriter.com

Charlie Cochet
Charlie Cochet is an author by day and artist by night. Always quick to succumb to the whispers of her wayward muse, no star is out of reach when following her passion. From adventurous agents and sexy shifters, to society gentlemen and hardboiled detectives, there’s bound to be plenty of mischief for her heroes to find themselves in, and plenty of romance, too!

Currently residing in Central Florida, Charlie is at the beck and call of a rascally Doxiepoo bent on world domination. When she isn’t writing, she can usually be found reading, drawing, or watching movies. She runs on coffee, thrives on music, and loves to hear from readers.
www.charliecochet.com

Rhys Ford
Rhys Ford was born and raised in Hawai’i then wandered off to see the world. After chewing through a pile of books, a lot of odd food, and a stray boyfriend or two, Rhys eventually landed in San Diego, which is a very nice place but seriously needs more rain.

Rhys admits to sharing the house with three cats, a bonsai wolfhound, and a ginger cairn terrorist.

Rhys is also enslaved to the upkeep a 1979 Pontiac Firebird, a Toshiba laptop, and a red Hamilton Beach coffee maker.

But mostly to the coffee maker.
www.rhysford.com

Ginn Hale
Ginn Hale resides in the Pacific Northwest with her wife and three cats. She spends many of the rainy days tinkering with devices and words and can often be sighted herding other people’s dogs, bees and goats. Her novel Wicked Gentlemen won the Spectrum Award for Best Novel and was a finalist for the Lambda Literary Award.
www.ginnhale.com

Lou Harper
Under a prickly, cynical surface Lou Harper is an incorrigible romantic. Her love affair with the written word started at a tender age. There was never a time when stories weren’t romping around in her head. She is currently embroiled in a ruinous romance with adjectives. In her free time Lou stalks deviant words and feral narratives.

Lou’s favorite animal is the hedgehog. She likes nature, books, movies, photography, and good food. She has a temper and mood swings.

Lou has misspent most of her life in parts of Europe and the US, but is now firmly settled in Los Angeles and worships the sun. However, she thinks the ocean smells funny. Lou is a loner, a misfit, and a happy drunk.
www.louharper.com

Jordan L Hawk
Jordan L. Hawk grew up in North Carolina and forgot to ever leave. Childhood tales of mountain ghosts and mysterious creatures gave her a life-long love of things that go bump in the night. When she isn’t writing, she brews her own beer and tries to keep her cats from destroying the house. Her best-selling Whyborne & Griffin series (beginning with Widdershins) can be found in print, ebook, and audiobook at Amazon and other online retailers.
www.jordanlhawk.com

Nicole Kimberling
Nicole Kimberling lives in Bellingham, Washington with her wife, Dawn Kimberling, two bad cats as well as a wide and diverse variety of invasive and noxious weeds. Her first novel, Turnskin, won the Lambda Literary Award for Science Fiction, Fantasy and Horror. She is also the author of the Bellingham Mystery Series.
www.nicolekimberling.com

Jordan Castillo Price
Author and artist Jordan Castillo Price writes paranormal sci-fi thrillers colored by her time in the midwest, from inner city Chicago, to rural small town Wisconsin, to liberal Madison. Her influences include Ouija boards, Return of the Living Dead, “light as a feather, stiff as a board,” girls with tattoos and boys in eyeliner.
www.jordancastilloprice.com

Andrea Speed
Andrea Speed was born looking for trouble in some hot month without an R in it. While succeeding in finding Trouble, she has also been found by its twin brother, Clean Up, and is now on the run, wanted for the murder of a mop and a really cute, innocent bucket that was only one day away from retirement. (I was framed, I tell you – framed!)

In her spare time, she arms lemurs in preparation for the upcoming war against the Mole Men. Viva la revolution!
www.andreaspeed.com 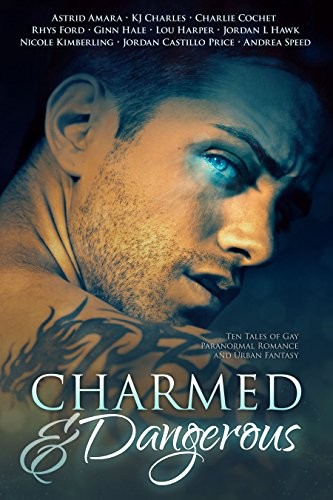