Chapter One
He was being hunted.

The shadows around him swirled and drifted as if he were underwater. If he wasn’t careful he’d drown all right, in his own blood.

Calvin kept a steady grip on his rifle. He breathed in slow through his nose and released it through his mouth, his breath coming up warm against his skin thanks to the face mask shielding him from the bitter cold. Thank God for THIRDS thermal uniforms. He would have frozen his ass off by now without it. Three degrees. What the ever-loving fuck? This was New York City, not Canada. Any day now it would drop below zero; he just knew it. These guys picked the wrong day to fuck up. Felid agents enjoyed a frolic in the snow as much as the next Therian, but not in the middle of the night, and sure as shit not when it was cold enough to freeze their whiskers off. Pissed-off Felids equaled epic hissy fits.

There was a faint cackle in the distance, and he turned with exceptional care, his boots sinking into the blankets of freshly fallen snow. His earpiece came to life, Dex’s quiet voice hushed on the other end.

“Negative,” Calvin replied, continuing onward. It was eerily quiet. As if the city itself was slumbering and hiding from the unrelenting cold.… 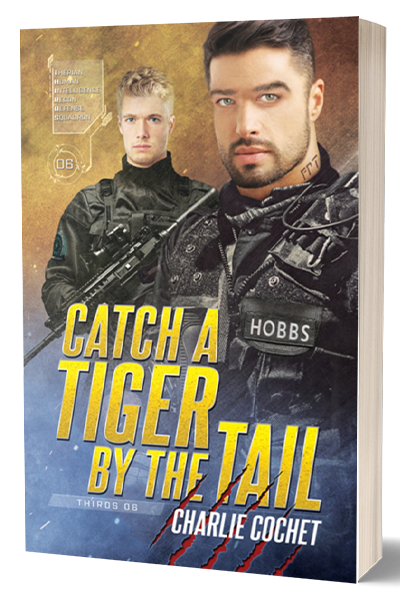