Chapter One
There was nowhere to run.

Ash Keeler had faced a hell of a lot in his life. He’d come up against terrorists, extremist groups, dangerous criminals, and lethal feral Therians. He’d been stabbed, taken hostage, had the shit beaten out of him, been shot—twice—but he’d never come face-to-face with the pissed-off dad of a potential romantic partner. And because lady luck had a habit of being a real bitch to him, the pissed-off dad before him also happened to be his sergeant.

After their last—unsanctioned—investigation, Bradley offered to open Bar Dekatria exclusively to Destructive Delta for a night of much-needed rest and relaxation. They’d been having a great time, even if some of them couldn’t drink thanks to Therian-strength antibiotics and painkillers. Ash was almost fully healed from his gunshot wound. Sloane still had a few weeks to recuperate, as did Cael, who was on crutches after that bastard Hogan fractured his leg. Luckily Cael was a quick healer, thanks to his cheetah Therian metabolism, so he’d be back to running full speed in no time. Ash couldn’t think about how much worse it could have been after Hogan had taken Cael. It made him want to tear the son of a bitch apart with his bare hands. Good thing he was already dead.

Everything had been going well at Dekatria until Maddock… 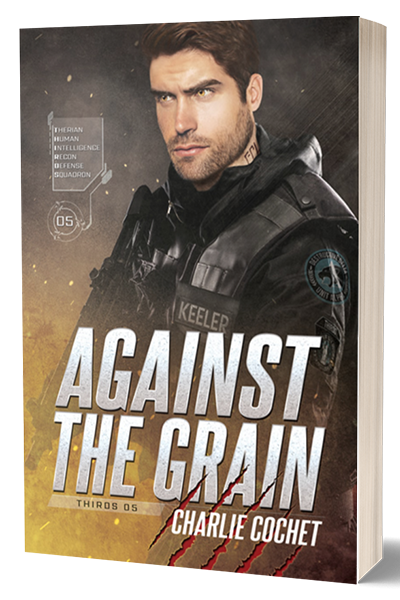