Hello, all! It's finally here! Smoke & Mirrors, THIRDS Book 7 is out today!! Woohoo! To celebrate we're over at Sinfully Gay Romance Reviews chatting about the THIRDS series. Plus there's a giveaway!

Don't forget the THIRDS Anniversary Giveaway Bonanza going on until July 28th. You can enter the giveaway here.

Looking to catch up on the THIRDS? Dreamspinner Press is having a THIRDS Anniversary sale. Get 30% off books 1 - 6 until 11:59 pm, July 10th. Check out the THIRDS series at DSP here.

ADD TO GOODREADS READ CHAPTER ONE

Hello all! Today for my monthly author column over at Sinfully, I'm chatting about the upcoming release of THIRDS Beyond the Books: Volume 1, and I'm revealing the fabulous cover created by the awesome L.C. Chase! 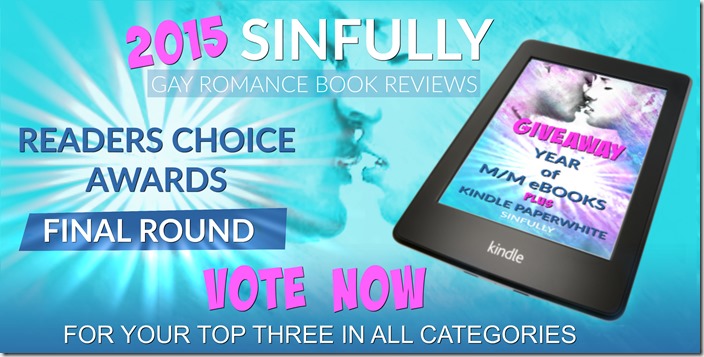 Hello all! I'm super excited that Dex and the fellas have made it through to the final round of the Sinfully Gay Romance Book Reviews Readers Choice Awards for 2015. If you fancy voting for the fellas, that would be awesome. Voting ends Friday, Jan 22nd. A huge thank you to everyone who's already voted! http://sinfullymmbookreviews.blogspot.co.uk/2016/01/readers-choice-awards-final-round-your.html