Hello all! I'm super excited to announce that Against the Grain, narrated by the fabulous Mark Westfield, has just been released in audiobook format! It's currently available from Audible and within the next day or two, iTunes.

Woot! Rack & Ruin (THIRDS, Book 3) has just been released on audiobook at Audible!  It should be up on other third party sites and Dreamspinner soon. 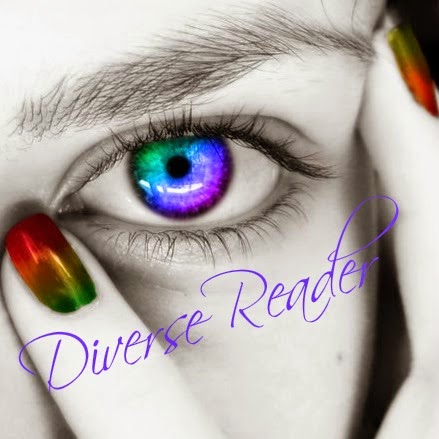 http://diversereader.blogspot.com/2015/01/author-saturday-spotlight-charlie.html
Hello all! To celebrate the release of Mending Noel on audiobook, I'm giving away a download copy from audible! Just enter the rafflecopter giveaway below for a chance to win!

Blurb: All is not sparkly snowflakes and sweet candy canes in North Pole City. Office workers Tim and Noel do nothing all day but antagonize each other—petty fighting that might be based on hatred… or a heated mutual attraction. It’s up to Jack Frost and his elf-friend Rudy to broach the hostilities and introduce some Christmas kisses, but is the Frost Prince up to the challenge of launching a new romance when someone’s trying to break his holiday spirit?

Listen to a sample

When a series of bombs go off in a Therian youth center, injuring members of THIRDS Team Destructive Delta and causing a rift between agents Dexter J. Daley and Sloane Brodie, peace seems unattainable. Especially when a new and frightening group, the Order of Adrasteia, appears to always be a step ahead. With panic and intolerance spreading and streets becoming littered with the Order's propaganda, hostility between Humans and Therians grows daily. Dex and Sloane, along with the rest of the team, are determined to take down the Order and restore peace, not to mention settle a personal score. But the deeper the team investigates the bombings, the more they believe there's a more sinister motive than a desire to shed blood and spread chaos.

Discovering the frightful truth behind the Order's intent forces Sloane to confront secrets from a past he thought he'd left behind for good, a past that could not only destroy him and his career, but also the reputation of the organization that made him all he is today. Now more than ever, Dex and Sloane need each other, and, along with trust, the strength of their bond will mean the difference between justice and all-out war.

Hello all! Sinfully Sexy Book Reviews has reviewed the audiobook of Hell & High Water and it's absolutely amazing!

I absolutely LOVED Hell & High Water back in July when it was first released, it was a HUGE five star read for me. I found myself incredibly excited, that not only had I found a new-to-me author in Charlie Cochet, but also a book that kept me gripped and turning the pages, with characters that completely stole my heart and the promise of so much more in future instalments… I was definitely doing a little happy dance.

… the man’s voice oozes sex, it’s so deep and masculine, with a sexy gravely tone to it that had me melting before he finished saying “Hell & High Water: THIRDS book #1, written by Charlie Cochet”  and continued right to the very end. For the telling of this story, this man is PEFECT!

Read the full review here: http://sinfullysexybooks.blogspot.com/2014/10/hell-high-water-thirds-1-by-charlie.html Plus enter the rafflecopter giveaway for a chance to win Hell & High Water on audiobook!