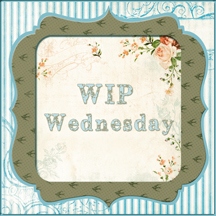 Today I'm sharing a little snippet from a short story I'm writing called: Between the Devil and the Pacific Blue.

I'm trying to really find my noir voice with this one. This is just a first draft, no editing yet. It's about a hotel house dick named Humphrey Ralston who meets a young man named Franklin Fairchild.

Franklin has been staying at the Pacific Blue Hotel waiting for his fate to arrive. He knows wherever he ends up, it'll be unpleasant. Not long ago, he escaped from a volatile relationship he'd never intended to have, and after gaining his freedom, he's about to lose it again, only this time, he doesn't feel he can stand the loss.

Humphrey is just coasting through life. He's had enough unpleasantness in his past to last him a lifetime, and believes if he doesn't expect anything from anyone, then he's less likely to be disappointed. The last thing he needs is to get involved with a hotel guest as balled up as Franklin, but the longer he's around the troubled man, the more he starts to realize he doesn't really have a choice.


Walking down the deserted hall, I stopped just short of the stone archway and listened. It was a waltz, one of those sweeping, haunting ones that carried memories of a distant past. The kind whose imprint lingered well after its final note had faded, much like the man in the gray, three-piece suit settled on the salmon-colored armchair listening to it. His eyes were closed, long lashes resting on fair cheeks, a smooth angular face with a strong jaw and a good mouth. He was tall, slender, fine looking. The sort of fellow who only stopped in dives like this on his way to something better, except Franklin Fairchild had gotten lost along the way.  His hair was black and neatly styled, his eyes dark and bright as a midnight sky. How did I know about his eyes? I had seen them every night for the last six months.

“Mr. Ralston,” Fairchild greeted quietly, his nice lips lifting slightly on one side. His eyes were still closed, but I knew once they were open, they would be intense and haunting, kind of like that waltz. “Your lurking is distracting.” He opened those impressive peepers and turned his head slightly, his gaze capturing mine and holding on tight. “Much about you distracts me.”

The way his voice subtly dipped in pitch had me taking an interest in the faded blue-green carpet at my feet.
“I didn’t mean to disturb you, Mr. Fairchild. I was just doing my rounds.”

Fairchild gave a soft laugh that crawled up under my skin and made itself at home. He had a nice voice. Lulling, quiet, and in no hurry to get to where it was going, much like Fairchild himself.

“Funny how your rounds lead you here every night just before two. Worried I’ll skip out on the bill?” He was razzing me, I knew, but it somehow fell flat. My guess was that insomnia wasn’t the only thing keeping Fairchild up at this hour.

“Not really,” I replied, and that was the honest truth. Though if he did try, I reckoned I wouldn’t be too sore about it. That alone should have been my warning to stay away from the mug.

Franklin Fairchild had been here six months, only leaving his room late in the evening after everyone had gone to bed, and then all he did was come downstairs to listen to the radio. He took all his meals in his room, didn’t talk to anyone, didn’t have visitors, and didn’t interact with another soul other than to say the cursory ‘thank you’ when necessary. I seemed to be the exception to the rule. It made me feel kind of responsible. I didn’t much care for that. “You seem like a smart fella, Mr. Fairchild. I’d hate to see those smarts splattered all over the pavement.”

His big, dark eyes widened and his cheeks went rosy in hue. It was a good look for him. Obviously, he didn’t think so, because those nice full lips frowned at me. “I see,” was all he said. He turned his gaze back to the radio, which was now playing a lovely little melody about The Day You Came Along.

“I’m sorry if I offended you.” I realized then how much that sounded like an apology. Aside the fact that it was about as common an occurrence with me as a government tax break, I had no clue what the hell I was apologizing for. I wasn’t the one thinking about taking a swan dive off an eighth floor balcony, passing my misery onto some sap who didn’t know when to leave well enough alone.  Well, that was just ace.

Fairchild stood, his slender frame rising from the chair with all the ease and grace of a dancer. He was about my height and size, without the added bulk. There was the slightest bit of crookedness to his nose, one noticeable only to a mug like me who had suffered from his fair share of them. What I didn’t understand was how a handsome and refined fella like Fairchild had ended up with a broken nose. I was pretty good at sizing people up, finding their angle. It was my job, had been my job once. Six months and all I knew about the guy was what my gut told me. And that was that Fairchild was a man at the end of his rope.