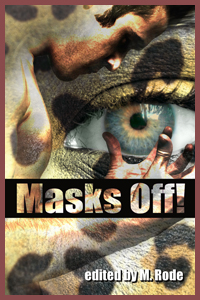 Hello all! When Torquere Press put out a call for their Masks Off! anthology, I was immediately drawn by the idea of a fella who not only wore one mask, but two--the first being at a masquerade, the second hiding the fact that he's a shifter. As it turns out, my fella ended up with three masks, because not only is he hosting a masquerade, and he's a shifter, but on top of that, he's hiding his homosexuality from the world. Why? Because it's 1934 and Gabriel Chase has more secrets than a Ziegfeld Follies' girl has outfits.

Of course Gabriel's not the only hero of our story. In fact, the story's more about Robert Bradley, who isn't a shifter at all, but a sweet, shy, and somewhat awkward fella with a fiery streak.

When I first considered submitting to the anthology, I wasn't at all certain, because it's a genre of MM Romance I haven't delved into, and one that seems to have a certain set of rules--from what I gather, but I just couldn't resist the idea of writing a historical shifter story.  (You can read more about Believe Me, Beloved here.)

Now as I mentioned, I haven't delved much into this genre, and in all honesty, have only had the chance to read maybe two stories so far. Not because I don't find it interesting, but because I've not gotten around to it with my ever growing tbr list. This may or may not work to my advantage, because everything I wrote in my short story regarding Gabriel, his society, and his behavior toward Robert is what I felt worked with the characters, the time period, and my style of writing. I don't know if these fellas will get their own book yet--though new scenes are popping into my head often, but I know if they do, I'll want to do things a little differently.

You don't get an extensive look into Gabriel's society because it's a short story, but enough to give folks an idea of what it's like, and who he is. I don't want to say too much and give away the end, but I'm very curious to see how folks will take to my version of things. For all I know, my version is the norm and nothing special, though I know it will be different as far as the whole historical side, especially since Gabriel and Robert have more secrets to keep than most fellas.

I'll probably have another discussion about this after the anthology comes out so I can chat a little bit more about Gabriel's society, but in the meantime, I'm very curious about these rules that may or may not exist for shifter stories. Obviously, these rules aren't set in stone, and authors can interpret things as they see fit, but some things just seem to stick, as in with vampire stories. A vampire bite may be interpreted differently by an author, (or in some cases, whether the sun makes them sparkle or not) but most often than not, it's still a bite that turns folks.

There are a whole lot of shifter books out there, so I thought I'd just ask fellow writers and readers who are fans of this genre, their take on things.

I'm curious to know if there are rules, and if so, how do folks feel about these rules being broken? I'm sure past literature as well as current cinematic trends have had an influence on some of these stories, but are there certain things that you feel just shouldn't be messed with, or are you game for anything providing it works? 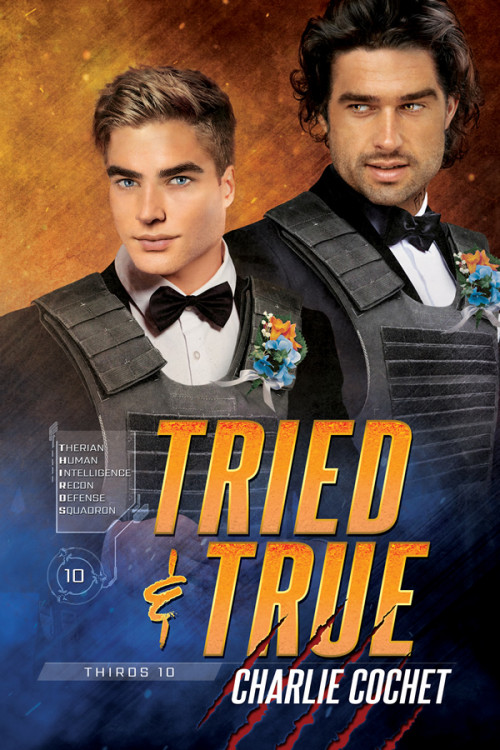