* Please note: if you're reading this post on Goodreads, formatting may be affected .

Hello all! Today I'm starting a series where I talk about how I create my characters. Granted, I haven't been published very long, and don't have a great many books under my belt yet, but with each one, I delve a little deeper, worry a little less, and listen a little more to that voice in my head that tells me to write what's in my heart and forget the rest. I've had some wonderful comments from readers about my characters, so I thought I would start with the fellas.

For those of you who have read my books, you've probably noticed that I'm very character driven. My stories are first and foremost about the characters and what they go through in order to find, attain, and keep their happily ever after. I'm the same way with my reading. No matter how amazing a plot is, if I'm not able to connect with the characters in some way, I feel kind of disappointed. Even the most vile villain is preferable to a character with all the appeal of a plank of wood.

Sure, not everyone will take a liking to my fellas, but that's okay. We don't always get on with every single person we ever meet. That's just human nature. I do try to get the balance right, and no matter the type of story I'm writing or how bigger than life a character may seem, I always try to make them feel like real people with a good mixture of strengths and weaknesses.

Whenever I start a story, there's always one character that pops into my head first. He's usually my main protagonist, and the story will be a little bit more about him than his love interest. It's usually his point of view you get in the first chapter, and he'll usually be the one who finishes the story (unless it's told from a first person point of view). The first thing I do is start thinking about what kind of man he is. What's his personality like? Is he usually grumpy? Cheerful? What's his temperament like? Is he cool and collected, or is he hotheaded? What sets him off? What sort of things get on his nerves? What does he value? What are his morals like? What kind of food does he like? What's he drink? I ask myself hundreds of little questions. He starts to talk to me and I start to listen. What's his speech pattern like? Where's he from and does he have an accent? Is he well spoken? What's he look like? 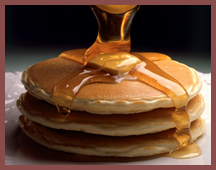 There are scores of character sheets out there with countless questions meant to help you get to know your character, but for me personally, I like coming up with my own questions. Sometimes they're random questions that just pop into my head. They may seem irrelevant, but I always end up learning something. This morning I had waffles for breakfast, which made me wonder, whether Hawk would prefer pancakes or waffles. Suddenly I can see Hawk sitting in Joe's cafe with his prerequisite cup of coffee. Joe asks him what he'd like, pancakes or waffles. Hm... Pancakes. Hawk just strikes me as a pancakes sort of fella. Nice big stack with plenty of syrup and some butter. Why not waffles? He wouldn't be too keen on all those little squares hoarding his syrup, and the fact that his syrup is unevenly distributed throughout his waffle would displease him greatly. Yeah, Hawk's a little weird that way. What does that say about Hawk? He has to analyze everything, even his breakfast. Sometimes, unless a certain situation comes up, I don't always know how my fella is going to react.

The moment a character starts forming in my head, I start asking myself all kinds of questions. If I decide he's a detective, I start asking myself what kind? How did he get there? Is he good at it? Is he more physical or more brainy? What's his work ethic like? What's his office like? What social class does he belong to? What sort of people does he deal with on a daily basis? Is he liked? Do folks avoid him like the plague? What kind of gun does he carry? How does he dress when he's on a case? 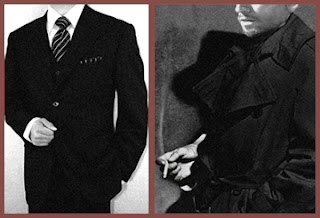 Look at Stanley Hawk and Bruce Shannon, two very different types of detectives. They might both be a little rough around the edges, but Hawk is clean shaven, well-dressed, well-spoken (for the most part) playful, and went to Harvard for a period of time. He doesn't smoke, drinks occasionally, will always try to do the right thing and by the book. Bruce is gruff, stubbly, smokes, drinks--a lot, has a dry and sarcastic sense of humor, didn't go to college, barely made it out of high school, is street smart, and his language is... well, just as rough. Bruce is very clever, but his manners (or lack there of) attracts far more trouble than Hawk's. If Bruce had been on the case of the Amethyst Cat, things would have turned out very differently. Namely, he would have probably had Remi arrested just to keep him out of the way while he worked things out in his own way, in his own time. Either that or tie him to a chair. Yep, that's Bruce all over.

Okay, I have my character (by now I've also given him a name, but how I name my characters will follow in Part 2), and an idea of his personality, so now I think about what may have happened to him in his life to shape him into the man he is. We all experience a multitude of events throughout our lives both good and bad. Things that affect us deeply. Heartache, loss, hardship, failure, anguish, betrayal, embarrassment, as well as moments of triumph, pride, inspiration, support, bravery, love, and joy. These moments help make us who we are, how we approach others, and how we lead our lives. 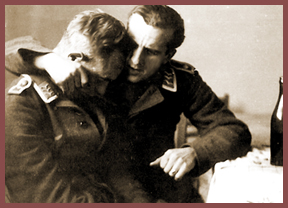 Let's take Chance (from The Auspicious Troubles of Chance) as an example. Once I had an idea about the story I wanted to tell and I had Chance standing there with a very basic feel for the sort of fella he was, I needed to know more about him. In his story, I knew he was an orphan. So I asked myself, how he ended up that way. He was abandoned by his parents when he was seven years old. What happened after that? Did he grow up in the orphanage or run away? A year later, he ran away and  grew up on the streets of New York City. He found happiness, only to lose everything to a horrible tragedy caused by a terrible man. He was sixteen. Two tragic events at two vulnerable ages, with no one around to help him see it through. Chance had already been filled with so much hurt, anger, and heartache from what he perceived to be his parents betrayal, he gave into his anguish, feeling he didn't deserve any better than the path of vice and self-destruction he found himself on. He didn't make any excuses for himself, and was perfectly aware of what he was doing. He just couldn't stop himself from doing it. 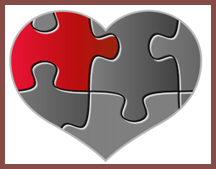 Loss and betrayal are things that many people can relate to, because most of us have experienced it in one way or another, though perhaps not in this extreme. When someone leaves us, we start to wonder why, and even start to blame ourselves, thinking it was something we did.  We start to think maybe we weren't good enough, that we weren't worthy of this person. So I start to delve into all those feelings, how such a loss would have hurt Chance and how a fella with his personality would have reacted.

Jacky on the other hand, led a perfectly happy--and privileged, childhood with a loving family. His loss happened once he was all grown up. It was no less painful,  but he was in his twenties, old enough to try and make sense of his feelings and what to do about them. He was always a friendly, social guy with a glass-half-full mentality. He fought to find purpose and a way to help others. He wanted to be strong, and dependable for those who needed him. 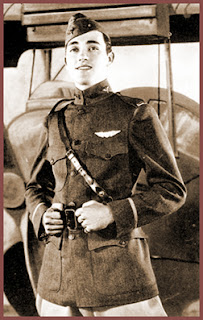 Another event that would have had a huge influence on my characters is the Great War, either directly or indirectly. Considering the period I write in, one of the first things I think about is: did this fella fight oversees? If he did, was he drafted? Did he volunteer? What did he do there? Where was he posted? How long was he there, how involved was he, how much did he see, and what did it do to him? Even if it's never mentioned in the story, I take it into consideration when I start delving deeper. I don't have to map out his entire military career, just enough to help me figure out why he is the way he is.

Let's go back to Hawk and Bruce. Both the same age, old friends, similar personalities. Both played a part in the war. However Hawk wasn't sent oversees, but helped out Uncle Sam on American soil. The work he did, helped him regain his confidence and made him a stronger man. It was other events that wounded him. Bruce was drafted and sent to France. He was in the trenches at the age of 21. It's safe to say that Bruce struggles with demons even Hawk couldn't imagine, he's just found his own way of dealing with them, not all of them healthy but necessary for him.

My characters, like real people, aren't perfect, even the nicest and most heroic of fellas like Jacky, has his weaknesses, flaws, and less than admirable qualities. They feel frustration, rejection, loneliness, and fear. Danny Brogan from Roses in the Devil's Garden is one of my more troubled and darker characters. He grew on me really quickly. His story's not yet been told, (aside from the part he played in Harlan and Nate's story) but I know that when it happens, some folks might not take to him. However, for all his faults, he will have redeemable qualities. A few folks weren't keen on him, but that may change once they get to know him a little better.

What's happened to Danny is something that many men suffered during the Great War. Danny was young, cocky, eager to begin what he believed would be a great adventure, only to discover the horrifying truth. By the end, he was left broken, alone, and addicted to morphine. He was on the take as a Prohibition agent, but by the time he meets up with Harlan and Nate, he'd done the right thing and had made that choice on his own, putting his own life at risk. With John's help, Danny will overcome some of his heartache, but like with most of my fellas--as in real life, there is no magic cure. Their pain may subside, their demons may be silenced, and their scars may fade, but those experiences will always be a part of them.

♥  Next Tuesday - Part 2: What's your name, handsome? A look at how I go about naming my characters, behind the names, and the sites I use.

♥  Part 3: Because I Love You, covers our main hero's love interest. So check out July 17th for that post.

If you want a peek into how I keep track of all my heroes and how they're connected to each other, you can check out this post here.

Hope you all enjoyed my little rambling. If you want me to cover anything specific, or you have any questions, feel free to leave a comment, or you can always email me.