Hello all! Welcome to the third installment of my series on writing historical gay romance. Today we're talking about setting. Setting is more than a time and place, it also encompasses the social milieu--the culture which will help shape your characters and the world around them. To fully immerse your character in his time period, you need to research the timeline leading up to your current setting.

Society can change drastically in a few years, and your character will have lived through these changes. For example, in my stories set in the thirties, my characters would have grown up in the early 1900's and spent their young adult lives in the 1920's. There were huge changes for them to deal with on their way to adulthood. Much the same way some of us look back at our own childhood or teenage years and what was happening around us at the time. 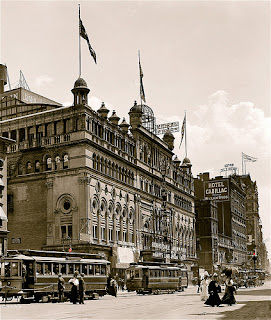 Some of my fellas, like Bruce and Hawk would have been children during the early 1900's, their parents undoubtedly of a certain mindset, one that was challenged after the Great War, of which by then, these fellas would have most likely fought in. Then came the Roaring Twenties, which might not have affected them had they lived in a small rural town somewhere out west, but as they were both born and raised in New York City, this new, fast-paced, 'anything goes' attitude would have swept up these now twenty-something year old young men. They survived a war, they're young, they're going to say 'the hell with it', and get their kicks while they can. Come the stock market crash, things change. Society no longer tolerates them. It's now illegal for them to be served a beer down at their local bar should anyone question their sexuality. Of course if someone found out, being refused a beer would be the least of their worries. They'd lose their jobs, face imprisonment, or considering their careers in law enforcement, probably face worse. The country is in despair, millions unemployed, soup kitchens at full capacity, the breadlines never ending. To fully understand the 1930's and the fellas who resided there, I had to research the years leading up to it. 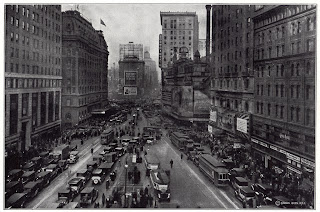 Let's discuss location. The further back in history you go, depending on place, the more difficult it may be to come up with research material. But in order to have believability, you need to research your locations, find out what was and wasn't around at the time. For my stories, I often refer to the WPA Guide to New York City, which is a guide to 1930's New York City. It has in-depth coverage of all five boroughs, including photographs and detailed maps. It's an amazing book, but I always have to double check my facts, because the book was published in 1939, and my stories tend to be set in the early 1930's or in the 1920's. Obviously a book published in 1939 will be closer to how things were at the time than a modern day guide of NYC, but I need to make sure if I mention a certain building or landmark, that it actually existed at the time. I can't have Julius and Edward in awe of the Empire State Building when it hadn't been constructed yet.

I use a lot of photo references of locations, people, and maps. It's always far easier to describe something when you've seen it. Even if you don't use a specific photo for your location, it gives you an idea of the area. With larger cities, it's usually easier to find books on that city's history, and at times you can even narrow it down to specific boroughs or towns. Small details like architecture, design, stone color, building facades, shops, cleanliness of the streets or lack thereof, all help toward a more believable image. You're not just writing in a backdrop, you're breathing life back into this long gone era. This is the world your characters live in, where they work, interact, fall in love. What's it like for them there?

Once you have enough reference material for your setting, you can then add your atmosphere.   Combining the two will go a long way in creating a believable world. You have your location, then you add your mood. When we watch a film, why do we feel as though we're there? What do you see, hear, feel? Don't forget colors. They also help set moods. The other day I watched Cinderella Man, and aside being a very enjoyable film, I really liked the look of it. I noticed there were a lot of browns and muted colors, which added to it's historical feel and went well with the depictions of the Great Depression, whereas The Gangster Squad which was more of a homage to the gangster films of yore, was filled with bright neon signs, popping colors, and sharp Art Deco architecture. It was all about glamour.

As I mentioned before, you can refer to Hollywood movies, but don't forget these films have a way of being over-dramatized and exaggerated where the history is concerned, so if you are going to turn to films for inspiration on setting, make sure to double check your facts. They have a habit of sneaking in things because it looks good even if it technically doesn't belong in that period. Here are a few links with some pretty amazing photographs from various periods of history.

Conclusion to Part 3: Setting is more than just location, it includes the culture and social mindset of the time, all things which would have an impact on your characters and the men they grow up to be. How does the world view them? What are society's laws? The government's laws? What occurred in the years your character was growing up? Was there great change? Very little change?

I hope you enjoyed this week's post! Stay tuned next week for Part 4: Details.