Hello all! Welcome to the cover reveal event for Against The Grain, the fifth book in the THIRDS series .

It releases on August 3, 2015, published by Dreamspinner Press. 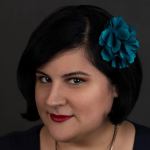 « I'll be at the Coastal Magic Convention 2016! Back to post list Get 35% off the THIRDS series including Against the Grain pre-order from Dreamspinner Press! »