Hello all! I know I dropped the ball on this. Things have been a little crazy. But I finally managed to get it up. The Rack & Ruin playlist is now up on Spotify and THIRDS HQ! Woot! I'm working on getting the Rise & Fall one up before release. Happy Listening!

Hello all! The Rise & Fall playlist is now up on Spotify and THIRDS HQ! Woot! Happy Listening!

Hello all! Today we're continuing our countdown with the reveal of the Against the Grain playlist over at TTC Books and More! You'll also find the link to the Spotify playlist!

Plus enter the rafflecopter giveaway for a chance to win this exclusive Cael, Ash, THIRDS stamped chain! 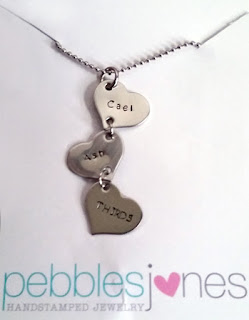 The playlist and Spotify player will be added to THIRDS HQ on Sunday, Aug 2nd. I'll also be cross-posting the link on the Facebook & Goodreads THIRDS Nerds groups.

Hello all! Not long now until the release of Catch a Tiger by the Tail on Feb 5th! Today the blog tour stops over at Fangirl Moments and My Two Cents where we're revealing the playlist for Catch a Tiger by the Tail. Make sure to check out the rest of the tour filled with character profiles, interviews, smexy excerpts, and more! Remember to enter the giveaway for a chance to win a $25 Amazon Gift Card!

Hello, THIRDS Nerds! As I work on revisions for Tried & True (THIRDS, Book 10), I have a select number of songs picked for Dex and Sloane's wedding that will be in book 10's official playlist, but I also wanted to put together a wedding playlist. Then I thought it would even more fun if I let you guys pick the music! You get to be the wedding DJ's!

Now the official playlist can only have so many songs (I'm thinking twenty at most), so the songs that aren't chosen for the wedding album will go into the Tried & True Fan Playlist.

I'm sure it won't surprise you that Dex and Sloane's first dance as husband and husband will be to Journey's "Faithfully". I also have some fun surprises in store for the reception. I mean, it is Dex's wedding after all. So what songs do you think should make it to the official wedding album? Place your song choices in the comments below!

I'll be taking songs until midnight (Eastern US time), August 30th to give folks plenty of time to enter. The chosen songs will be posted on Thursday, August 31st.