Hello all! April is Autism Awareness month with April 2nd being World Autism Awareness Day. I'm taking part in a couple of really awesome events held by some fab ladies. First up is the Autism Awareness Auction over at TTC Books and More. Below you'll find the links to the main blog post detailing how the auction works and how you can bid. You'll also find the list of all the wonderful folks taking part. I'm contributing any two signed THIRDS paperbacks of the winner's choice along with a unique THIRDS swag pack.

To bid, you must go the album on Facebook (link below) and click on the image of the item you'd like to bid on then leave your bid. Full details are on the main blog page. 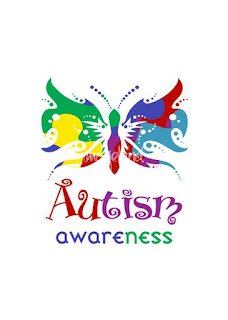 Hello all! Thank you so much for joining me here today. I'm honored to be a part of R.J. Scott's annual month long blog hop highlighting Autism Awareness Day (April 2nd). This year's theme is the five senses, and we have folks throughout the hop offering personal experiences, stories, snippets from books, and more covering the different senses. For my post, I'll be chatting about the senses in the THIRDS world, but not the senses as we know them.

In the THIRDS world, the mutation that gives Therians the ability to shift into animals, also gives them heightened senses. Their eyesight is sharper than a Human's even when they're in Human form. They have no trouble seeing in the dark, and in fact it's the tapedum lucidum that gives them away as Therians. When you shine a light on their eyes, it's as if their eyes are glowing, just like what you'd see reflected in animals. Therians also have a heightened sense of smell, and can hear at greater distances than Humans. Their instincts are also sharper. They're stronger, faster, more agile, and heal quicker than Humans. Their strongest senses are also determined by the type of animal they shift into. So wolf Therians even in Human form have a greater sense of smell than big cat Therians, while the big cat Therians will have sharper eyesight.

Although most Therians are accustomed to these enhanced traits, Human society is still growing accustomed to them. After all, Therians have only been around some forty-odd years. It's easy for a Human to forget that a Therian can hear their whispers at a distance where a Human wouldn't. The way Therians move are also connected to their animal halves which explains why big cat Therians tend to move as if they're stalking, making very little to no noise at all when entering a room. In the THIRDS series, the majority of Destructive Delta and its fellow agents are big cat Therians. We get to see how they use their heightened senses, whether they're chasing down a perpetrator, or pouncing on their boyfriend.

Then we have Ethan Hobbs. Ethan is a tiger Therian. He weighs nearly 300 pounds and is almost 7 feet tall. He has selective mutism and suffers from sever social anxiety. He's also the Public Safety Bomb Technician and demolitions expert for Destructive Delta. As you can imagine, his senses play a big part in his job, but they also make things harder for him when he'd having a rough day. As a Therian, Ethan already has heightened senses, so when he's hit by an anxiety attack, his senses leave him debilitated and in physical pain. Luckily, Ethan has the support and understanding of his boyfriend, their family, and their friends. Whatever Ethan needs, there are people who love him there to help.

For a signed copy of a THIRDS book (winner's choice) and a set of character art cards, leave a comment below. If you were a Therian, what kind would you be? Tiger, jaguar, lion, cheetah, wolf...

Hello, all! This year's annual autism awareness auction from TTC Books and More is underway, and I'm honored to be donating to this amazing cause.

What does the Four Kings Security "Employee Kit" include? Some really cool stuff!

There will also be a few little bits thrown in, like Ace's favorite brand of playing cards, a pack of which he always carried with him.

Due to the items in the giveaway, this is only available for US shipping.